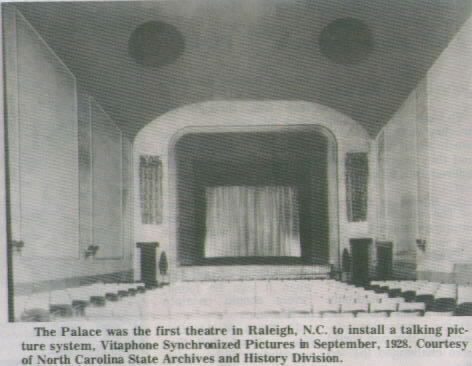 Those links aren’t working for me.

The Palace Theatre was a second run house when my family moved to Raleigh in 1946. It was owned by Wilby-Kincey that also owned the Ambassador Theatre. First run movies would play at the Ambassador and would then usually go directly to the Palace for a run of a few days to as long as a week.

The Robert Morton organ at the Palace was 2 manual, but I can’t find any info on ranks. 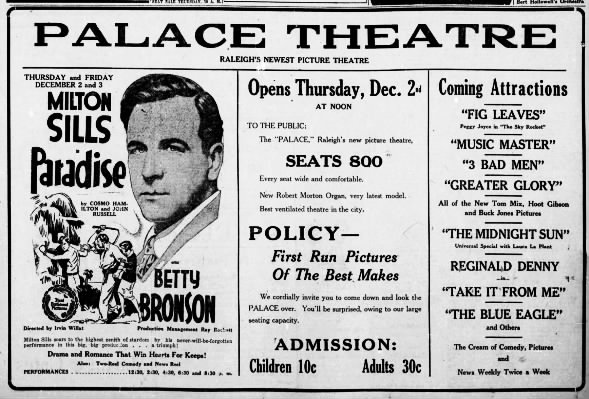