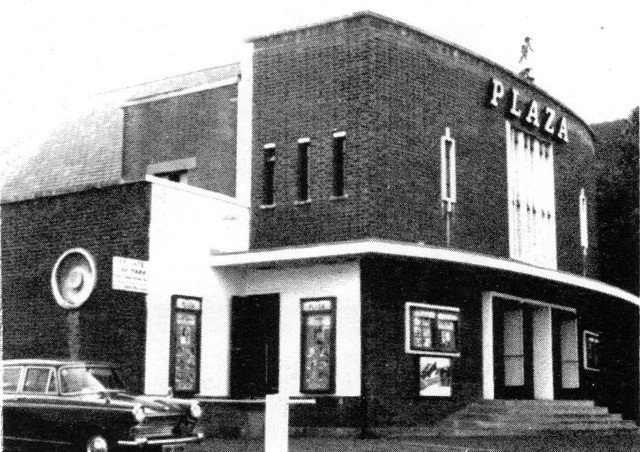 Originally opened as the South Woodford Cinema in 1913. It had a seating capacity for 601.

The building was demolished and a Sainsburys supermarket was built on the site, which in 2009, has a branch of Boots the Chemist operating at this address.

We have the Art Deco doors. They were installed in the Screen on the Hill until it was purchased by Everyman

I know this cinema very well as I was projectionist there from 1974 until it closed in 77. The cause for the closure was a fire started in the roof directly above the screen on the night of 20th May 77. At the time, it was being run by a private partnership, The main partner was a guy named Henry Board, I can’t remember the other partners name but about a year before the Plaza closed, they took possession of another cinema in Harlesdon named the Colosseum. When I first started working at the Plaza, they had a pair of kalee 40 projectors but switched these to kalee 21’s a year later. This cinema was often referred to as the “fleapit” by locals and had been for years. Considering local competition from the Majestic cinema which was only 200 yards up the road from the Plaza, it still managed to get good sized audiences even when the majestic was taken over and turned into a 3 screen ABC cinema,mainly because seat prices were cheaper at the Plaza. It was a shame when the fire occurred and forced the Plaza into closure as I enjoyed working there and it had a good loyal staff