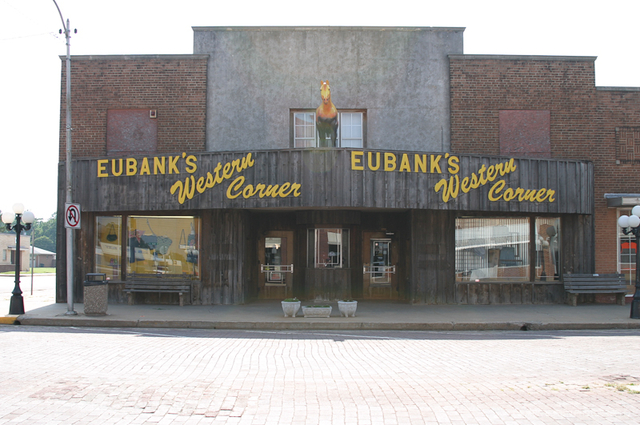 The Waldron Theatre was opened by 1946. Hidden behind an ugly facade that looks like a wooden fence is likely to be a classic small town theater. The outside ticket booth is exposed and sheltered by what was once the marquee.

Are you talking about this place HERE? About a block away? Eubanks next door is listed at 118 Main St.

This theater was featured in a 1953 theater owners' documentary about the financial devastation wrought by the 20% federal tax, plus other encroachments on the box office, such as television.

Look at this page to see modern photos of the former Waldron Theatre
http://www.roadsideoklahoma.com/node/887