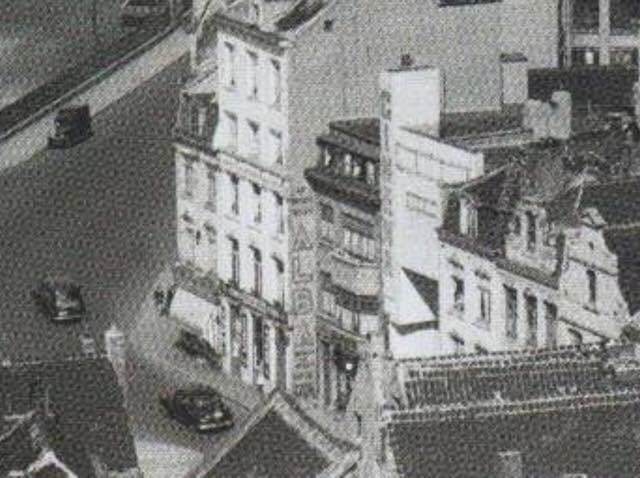 This cinema had a short career of only 15 years. Opened by the Crosly circuit in 1933 as Crosly Palace Cinema, it was a third run cinema with 2 films in the programme. The cinemas nearby were the Luminor Cinema(later Ritz and Avia) on Rue de l'Escalier and the Exelsior Cinema (later Ira) at the beginning of Rue Haute.

Renamed Crosly Steenport after World War II, it was closed in 1948. Due to road-works in the Rue Steenpoort in 1958, the building was demolished and the street was renamed Boulevard de l'Empereur. A bowling alley was built on the site.