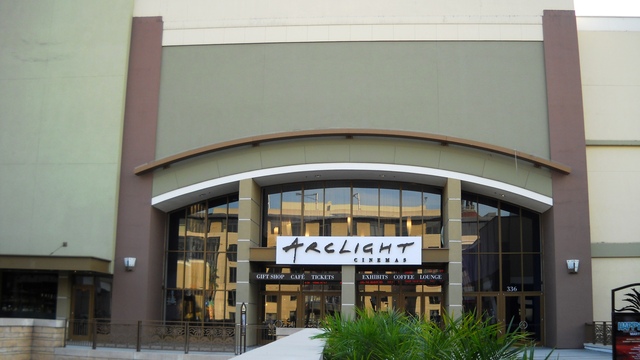 In May 2010, it became the ArcLight Pasadena. It was closed on March 17, 2020 due to the Covid-19 pandemic. It was announced on April 13, 2021 that the closure woulf be permanent in all ArcLight/Pacific theatres.

I have not been to this theatre or the Sherman Oaks theatres. But I would imagine converted Arclight is not up to parr with “Hollywood” standards. Arclight Hollywood is a superbly designed complex. I am not a fan of multiplexes, but the Archlight Hollywood is the except to my rule. Each auditorium is flawless in design, with high ceilings, and great sightlines from wherever you sit. I’m never uncomforatable and yet to have a bad experience at Arclight Hollywood.

It’s not just the design of the theatre but how it is operated and what type of bookings. ArcLight is a new standard in how theatres should be operated, not the same old plex style of operations.

Pacific has confirmed that this theater will become an Arclight
operation: View link

You will need to change the above theatre to Arclight Pasadena soon.
They are also running preview screenings is afew of the finished auditoriums in the complex for those who can’t wait.

This theater is now officially the ArcLight Pasadena:
View link
The Arclight website is: View link

nice theaters, the digital projection of ‘Looper’ was sharp as a tack and looked great. What was odd is that before the movie one of the employees came in and introduced the film and would check the image and sound, well he didn’t stay around for the feature film because the sound notably the dialogue was very very quiet – I couldn’t get up and complain as missing any of the movie would render the plot incomprehensible.

I was personally shocked over the tix price, which for the first (morning) screening of the day was a whopping $12.50 – ouch… If Arclight thinks they can charge that amount (and higher for their evening screenings) for their features at the 2014 opening on the East Coast at the Montgomery Mall Bethesda Maryland location, think again

I’ve been unable to discover if Pacific Theatres brought in another architectural firm to design the theater interiors, but the non-residential portion of the Paseo Colorado project was designed in the Los Angeles office of the New York architectural firm Ehrenkrantz Eckstut & Kuhn Architects. The residential buildings were by RTKL Associates, Inc. Interestingly, RTKL has considerable experience designing theaters, but I don’t know if they had a hand in this multiplex.

Here’s a story, One time i was involved in a fight at this theater it was when me and my family were at a screening of “Age of Ultron” and there was this guy who was walking right past me in the row me and my family were in, then in about an hour and thrity minutes i think he sounded drunk and that was when the fight occured. Luckly we were able to watch the rest of the movie. Not to mention the auditorium we were in had to be evacuated and the police were called