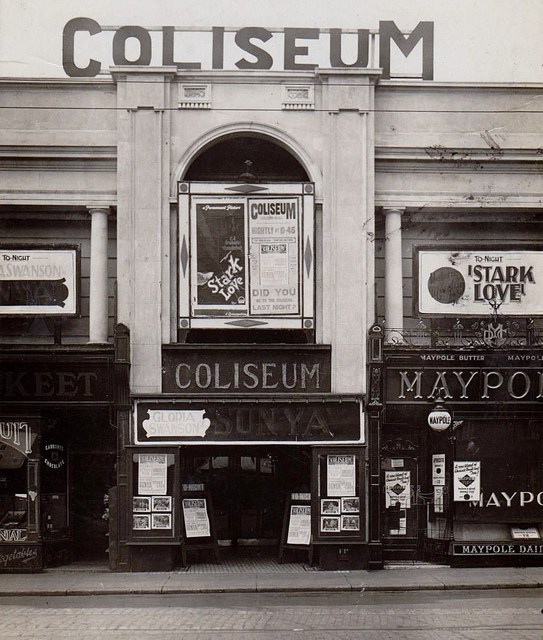 Located in Gorleston-on-Sea, just south of Great Yarmouth. The Coliseum Cinema opened on August Bank Holiday 1913, seating was provided for 1,000 on one level. It had a 26 feet wide proscenium and there was also a dance hall and a cafe attached.

In 1930, when it was equipped for talkies, the cinema also received an Art Deco style make-over and had a new facade.

Closed on 10th January 1970 with Tony Curtis in “Monte Carlo or Bust” and Barry Sullivan in “Buckskin”. It was demolished later in 1970. If I recall correctly, it was offered as a going concern, but the family had no one interested in continuing to operate the cinema.

Shops were built on the site at the corner of Feathers Plain and High Street.

Some photos of the “Collie” after Cinemascope was installed.