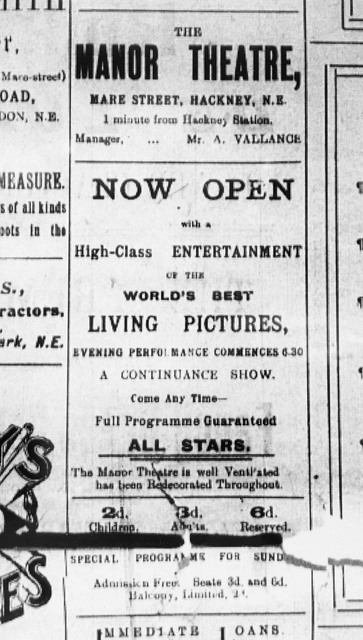 Located in the east London inner city district of Hackney on Kenmure Road near the corner of Mare Street. The Manor Feature Film Theatre was opened on 1st November 1909. By January 1911 following redecoration it was known as the Manor Theatre and operated as a picture theatre until at least 1915.