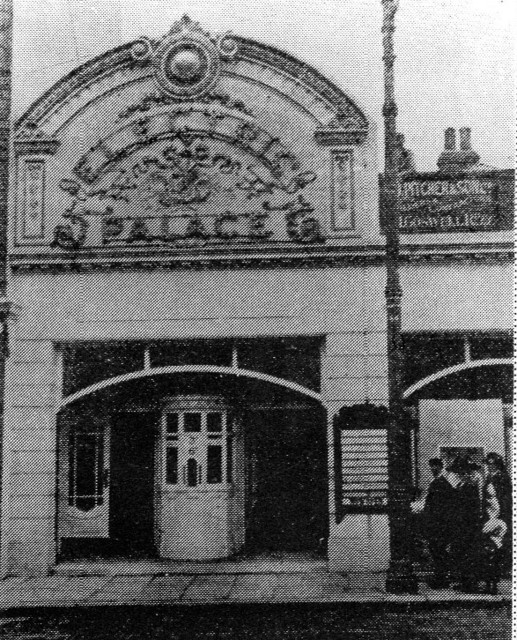 Located in the west London inner city district of Hammersmith. The Electric Palace Theatre opened on 15th June 1910. It had an attractive facade, with a central paybox at the pavement entrance, and the name ‘Electric Palace’ in the stonework on top of the facade. From 25th February 1918, it was re-named Academy Picture Theatre and was operated by the Biocolour Theatres Ltd. chain.

On 28th January 1940 it was taken over by the Classic Repertory Cinemas circuit and re-named Classic Cinema. The Classic Cinema was closed on 28th November 1959 with Joel McCrea in "The Tall Stranger" and Ronald Shiner in "Worm’s Eye View". It was demolished and and office and retail building named Appleton House was built on the site. In 2008, the shop units are a Ladbrokes Bookmakers and a Noodles Magic Restaurant.