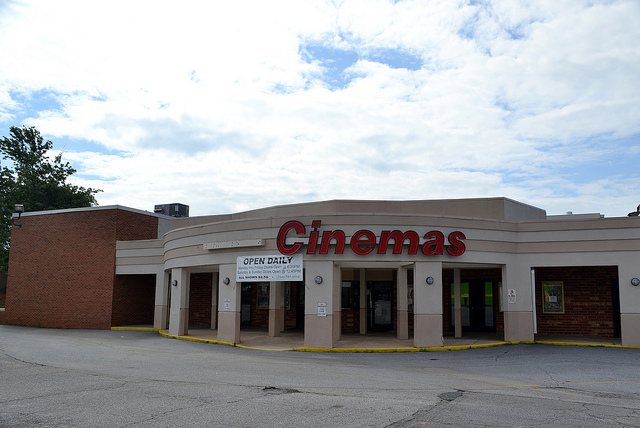 The Salisbury Mall Cinemas opened on December 13, 1985 as a first-run theatre by Premiere Theatres. Initially a 3-screen theatre, it is located in the Salisbury Mall Shopping Center, and was the first multiplex to open in all of Salisbury and Rowan County. Three other screens opened in 1986. Later taken over by Cinemark Cinemas, it last operated as a second-run theatre under Kleeburg Cinemas and closed in 2011. By 2013 it had reopened, but had closed by April 2014.

Opened around Christmas of 1985 as a three screen operation,and by early 1986 expanded into six screens making one of Salisbury’s largest multiplex cinemas,and the town’s only multiplex theatre in all of Rowan County. Originally showing first-run features and family films,the Salisbury Mall Cinemas was the place to see a great movie until 2000 when Cinemark Theatres built a huge 14-screen megaplex that gave this theatre some competition. By 2000 it was reduced to a discount movie house.

Kleesburg Theatres owns and operated the Salisbury Mall Cinemas as a discount house by showing second-run films at bargain prices.

The third screen could not have opened on December 13th since OUT OF AFRICA hadn’t yet been released.

THE OPENING ATTRACTIONS FOR THE SALISBURY MALL CINEMAS:

THE COMING ATTRACTIONS: Robert Redford and Meryl Streep “OUT OF AFRICA”

Coate: From the previous comment: The third screen could not have opened on December 13th since OUT OF AFRICA hadn’t yet been released.

Apparently, this theater is closed indefinitely right now. An article from the November 5, 2013 Salisbury Post that a main sewer line has backed up in the building repeatedly over the past month, and efforts to get the problem under control through owner Namdar Realty Group of NYC have been unsuccessful.

There’s a sign supposedly on the cinema that says, “The Landlord has not responded to phone calls or letters, and there is no expectation that there will be any corrective action taken to resolve the sewage problems. So we have no choice but to CLOSE."

Hopefully, this can get worked out, would be a shame to lose another cinema for no good reason other than a lousy landlord.

Micheal Coate:
OUT OF AFRICA was generally released on December 18,1985 in the larger cities of North Carolina. Salisbury Mall Cinemas didn’t get the film until mid-January of 1986.

Mmandarano: Cinemark’s Tinseltown Cinemas is the only multiplex theater in Salisbury and the only operational one in all of Rowan County. Salisbury Mall Cinemas last operated as a second-run discount house before it closed in 2011.

Drove by this cinema the other day. Nothing was on the marquee, should be marked as closed.