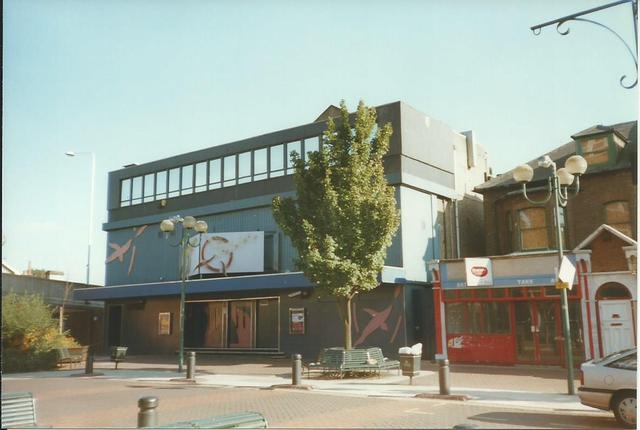 Located on the South side of the High Road, just to the East of Riches Road. The Premier Electric Theatre was opened in 1911. It was quite an imposing building, with a low entrance hall that had a decorative arch, behind which was a tall tower feature that was topped by a dome. In 1921, it was operated by Prince’s Electric Theatres Ltd. and from 1922 it was operated by Premier Super Cinemas Ltd. It closed as a cinema in 1925.

It was purchased by Mecca Dancing Ltd. and opened as the Palais De Dance on 26th December 1925. In 1959, the original facade was removed and a new plain facade was built, and it became the Palais Dancehall. Bill Haley and His Comets appeared on stage, as did pop groups The Who, The Kinks and The Small Faces. Known as Tiffany’s in the 1970’s, it later was taken over by the Rank Organisation and became a nightclub named Fifth Avenue, and finally Jumpin' Jacks.

It was demolished in 2008, and a housing tower development named Vision20 was built on the site.