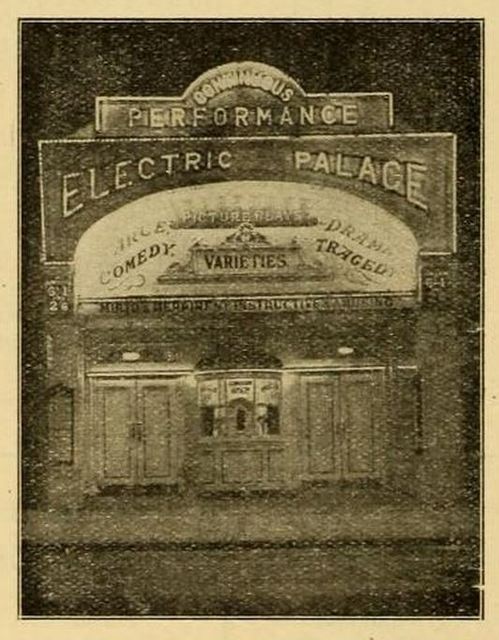 Located on the north side of Oxford Street, at the Marble Arch end of central London’s premier shopping street. The Electric Palace opened on 9th November 1908. It was a conversion of a garage, which had an iron and glass roof, with the glass painted over. Seating was provided for 588 on a new sloping wooden floor. The architect for the conversion was William Hancock. By the end of 1909, a Japanese style tea room had been added, and in January 1910, a smoking lounge.

Taken over by the Electric Palaces Ltd, in January 1909, it was their first cinema, in what would become a small chain of Electric Palace’s around London. Major alterations were carried out by architect Gilbert W. Booth in January 1921 and the seating capacity was increased to 764.

The Electric Palace was closed in March 1933, and was demolished to build the Art Deco style Mount Royal Hotel.