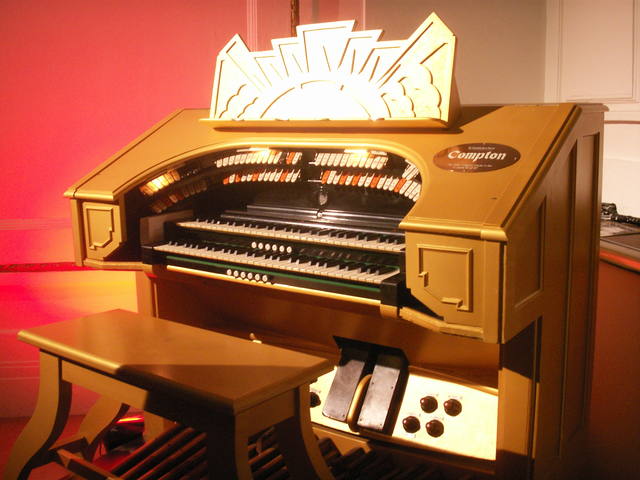 Located at the northern end of Regent Street in London’s West End. In 1848 a new theatre was added onto the south side of what was then the Royal Polytechnic Institution. The theatre was purpose-built for the ‘optical exhibitions’ for which the institution had become famous Early shows included demonstrations of the latest scientific and technological innovations, lantern slides as a backdrop to live music, and full theatrical performances. On 20th February 1896 the Polytechnic’s theatre became the birthplace of cinema in the UK when the Lumiere Brothers ‘Cinematographe’ machine was demonstrated to the press and these earliest of moving images were given their first public presentation to a paying audience the following day, 21st February 1896. Following the Lumiere Brothers screenings, the theatre went on to be used for a variety of entertainment and presentation ‘firsts’. From 1899, Alfred West’s “Our Navy” and “Our Army” films ran continuously for 11 years.

The Polytechnic Building was reconstructed in 1911 to the plans of theatre architect Frank T. Verity (exterior) and within the new building was the Marlborough Hall, designed by architect George A. Mitchell. It opened on 11th March 1912 and was regularly used for film shows. Seating was provided on one level.

On 11th April 1923 it was re-fitted to seat 630 patrons in stalls and circle levels and re-opened as the Polytechnic Theatre. Four years later it underwent further re-construction to the plans of architect F.J. Wills with a reduced seating capacity of 610. It re-opened on 3rd March 1927 with the film “Chang: A Drama of the Wilderness” directed by Merian C. Cooper & Ernest B. Schoedsack (of later “King Kong” fame).

In 1934 a Compton 2Manual/6Rank theatre organ was installed. It has the organ chamber at the rear of the stage and is still in the building and playable today.

The Polytechnic Theatre was closed in September 1940 due to war-time conditions but it re-opened in November 1940 under the new management of Clavering & Rose who added it to their small circuit of Cameo theatres. It first became the Cameo News Theatre, then from 15th November 1947 became the Cameo Continental Cinema, specialising in foreign films with some mainstream films too. As a landmark destination in the West End. the cinema achieved another first in January 1951, with its screening of “La Vie Commence Demain” (Life Begins Tomorrow) starring Jean-Pierre Aumont - the first film in the UK to be awarded an “X” Certificate.

From 9th May 1952 it was re-named Cameo-Polytechnic and began to run up-market foreign films, a policy which continued for many years. During this period it was also referred to as the Cameo-Poly Cinema.

It was taken over by the Classic Cinemas chain in September 1967 and re-named Classic-Poly Cinema from 14th April 1972, but programming was becoming difficult for art house cinemas and it was closed on 10th February 1974. It was taken over by impresario Larry Parnes who re-opening it as a ‘live’ theatre known as the Regent Theatre. Premier productions were staged here of Lindsey Kemp in "Flowers" and a long run of the sex musical "Let My People Come".

It reverted back to full time cinema use as the Regent-Poly Cinema from 21st December 1978, was re-named Classic-Poly Cinema again from 11th January 1979 and closed on 12th April 1980 with a double bill of Walerian Borowczyk films “The Beast” and “Immoral Tales”.

The hall was taken back into use by the Polytechnic of Central London (today known as the University of Westminster) for use as a lecture hall and performance space. The canopy over the former cinema entrance has been removed and the foyer was used for storage. Entry to the auditorium is now gained through the main original Polytechnic entrance. The Compton organ was restored in 2007.

In 2010, work began on a restoration, with plans to re-open the building as a public cinema known as the Regent Street Cinema, screening independent films, and films made by the University students. In September 2012, Lottery funding was granted for a so-called ‘restoration’. If those plans were carried out it would have removed the 1920’s era Neo-Classical style decorations in the auditorium to re-create the original designs of the 1881 building. Thankfully, after many objections, those plans were thrown out and a full 6 million Pounds restoration of the building was carried out. In a compromise, the circle has been extended forward to the front of the stage to create a 187-seat stadium seated auditorium. The Compton organ has been retained. The former rear stalls seating area has been converted into a bar. In March 2015, the Regent Street Cinema was designated a Grade II Listed building.

The Regent Street Cinema re-opened 6th May 2015. The programming will be new independent films shown digitally, and classic films shown on 35mm & 16mm film prints. Wednesday matinees have been introduced where a Hollywood classic film is screened and the Compton organ is played by organist Peter Hammond at 13:40 prior to the film starting at 14:00.

Echoing its history, the cinema will continue to be a catalyst for innovative education and research, and a showcase for the University’s internationally-acclaimed work in film, media and visual culture. The very best films are curated for its audience and continue to be at the heart of culture in London. The Regent Street Cinema is a uniquely historical cinema, dedicated to showing the very best in independent and studio films to support film audiences and makers.

Disgusting that the cinema will be destroyed. Absolute shambles that this has been given the go ahead.

I had confused this cinema with the old New Gallery cinema (a Habitat store until they closed) at the other end of Regent Street near Piccadilly Circus.

The actual new Regent Street cinema, situated in between Oxford Circus and Broadcasting House, has been carefully adapted by the University of London from their old lecture hall, removing the original upper balcony, but building over 200 sumptuous tier seats instead.

Quite the most beautiful cinema in London at the moment, in my opinion.

This cinema should be heritage listed(if it hasn’t already?)!!

This is heritage listed as Ken’s Intro states: “In March 2015, the Regent Street Cinema was designated a Grade II Listed building.” It also deserves more than 5 comments. On vacation from Philadelphia, enjoyed 2 movies here in 2015 including a screening of “Reds” with the screenwriter on stage, and 3 in 2016 including “S is for Stanley” (with special guests -the co-author & the Archivist of Kubrick’s papers on stage), the “Knack…and how to get it” (with special guests including the author of a book on that period of films on stage), and on Halloween, a screening of Halloween. The historic character of this movie theater is wonderful! There are great history panels in the concessions/bar foyer. It really is neat to have a historic movie theater in the central, commercial shopping district, just as there used to be.

There is a picture of the cover of the opening programme of the Malborough Hall on 20/2/1896 in the book “ Great scientists – The Lumiere Brothers(Steve Parker)” on page 23.