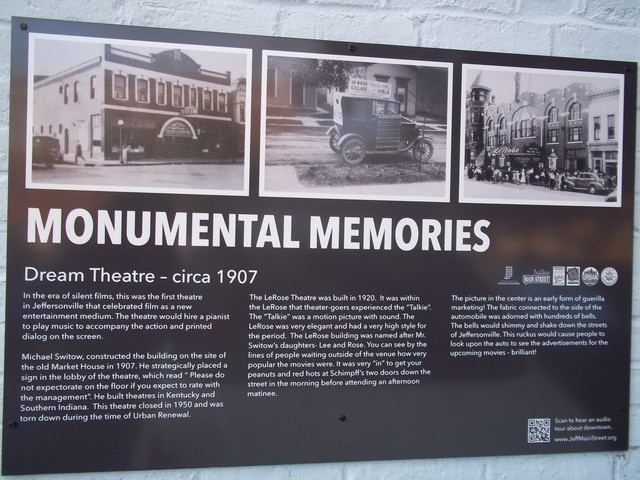 In the 1941 edition of Film Daily Yearbook, the Dream Theater is listed as (Closed), the La Rose Theatre was still open. The Dream Theater had reopened by 1943 and continued in operation through to at least 1950.

The Dream Theatre was being operated by Michael Switlow at least as early as 1913, when it was mentioned in the December 27 issue of The Moving Picture World. A combination movie-vaudeville house in Jeffersonville called the New Dream Theatre was listed in a report by the Indiana Department of Inspection published in 1911 and covering inspections made in 1910.