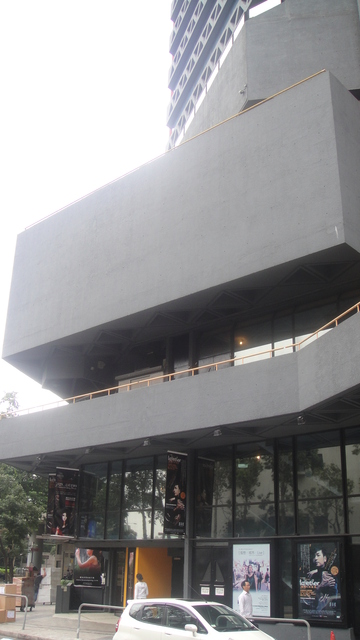 The Hong Kong Arts Centre is situated in Wanchai on Hong Kong Island and its official opening date is 14th October, 1977. It is located on the corner of Harbour Road and Fenwick Street.

The Shouson Theatre is the largest venue of the Arts Centre, with the 260-seat stadium seating stalls on the first floor, while the 179-seat balcony on the third floor of the building.

The Studio One, a private films club of Hong Kong, rent the theatre for showing artistic films during the early years of the Arts Centre. Film programmes arranged by the Hong Kong Arts Centre were also shown at the theatre.

Besides showing films, the theatre is an ideal venue for stage performances.
The theatre has a white perforated screen with adjustable masking, Century projectors with 3KW lamphouse x 2, Dolby A/SR with surround sound system.
For Cinemascope, the screen is 7.9m Wx 3m H approximately, while for standard, the screen is 4.7m W x 3.6m H approximately.