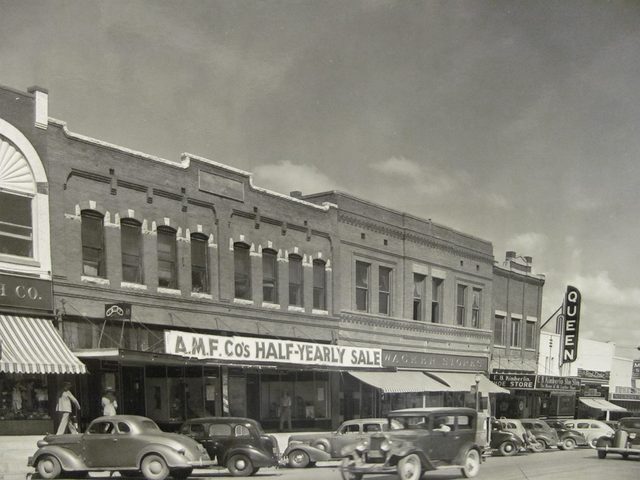 The Queen Theatre opened November 29, 1924 with seating listed at 485. The Queen was operated by Rowley United Theatres from March 5, 1937 when it had been remodeled and expanded. Its closed in the mid-1950’s. It has since been demolished.

One comment on the Traces Of Texas Facebook page, said this Queen Theatre had the same owners as the Queen Theatre in Abilene Texas.

The March 4, 1937, issue of the Big Spring Daily Herald had an article about the re-opening of Robb & Rowley’s remodeled and expanded Queen Theatre, which was to take place the following day. It said that the Queen had originally opened on November 29, 1924, and had now been remodeled twice.