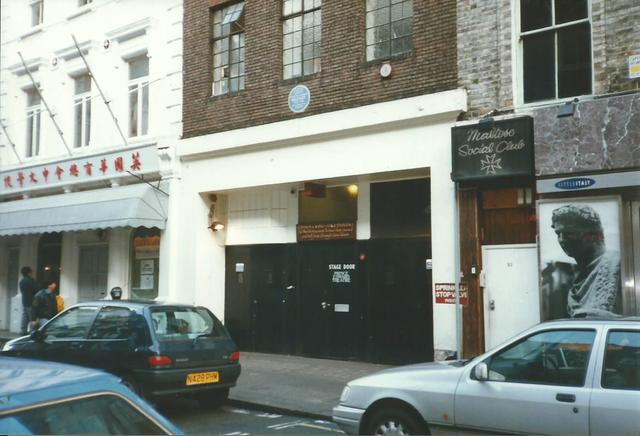 Located in the heart of central London’s Soho district. The National Bioscope Electric Theatre opened in 1911, and operated until 1914.

Today, the stage door of the Prince Edward Theatre stands on the site. A Blue Plaque on the wall states that Wolfgang Amadeus Mozart lived in a house on this site in the 1700’s