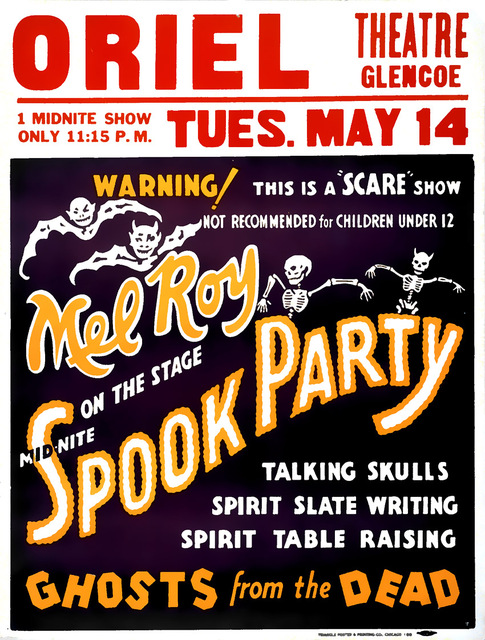 The Oriel Theatre was the larger of the four theatres in Glencoe. It opened in 1929, and seating was listed at 515.

The theatre closed in 1974. Any further information on this theatre would be appreciated.

The 1958 closing of this theater must have been temporary. Boxoffice of January 7, 1974, said: “The Oriel Theatre in Glencoe has shuttered for an indefinite time.” I don’t find it mentioned in any later issues of the magazine, so late 1973 or early 1974 for the final closing of the Oriel seems likely.

The Oriel might have opened before 1935, too, though perhaps under a different name. Movie Age of August 31, 1929, said that Charles J. Novak, a local theater manager, would begin construction on a new theater at Glencoe in a few days.

The October 11, 1971, issue of Boxoffice said that Les Schultz had taken over the Oriel Theatre from Tom Novak, who had operated the house “…for some forty years.” That indicates a possibility that the Oriel was the theater Charles Novak was planning in 1929. It’s likely that Tom Novak was his son, or other relative.

It was foreclosed on in 2005 by First Minnesota Bank of Glencoe, and the bank owned it until March of 2011 when I purchased it for renovation as a law office. Unfortunately, the Oriel is in poor condition, needs a new roof and a lot of attention. However, it was build well, and the outer shell is still solid.

I plan to incorporate a movie theater decorating theme into the renovations.

The 63 year old Oriel Theater has now been completely renovated into the Nokes Law Building. The Grand Opening was October 28th, 2011. Many details have been kept or re-created to honor its long history as a movie theater. I will be posting photos as they become available.

My name is Charles T. Novak, son of Tom Novak, and grandson of Charles J. Novak. and am very familiar with the Oriel theater. I worked there for several years while in High School. I will provide more history and background in the future and possibley some additional pictures — if I can figure out how to do it.

The Oriel Theatre is at the right in this 1930 photo.