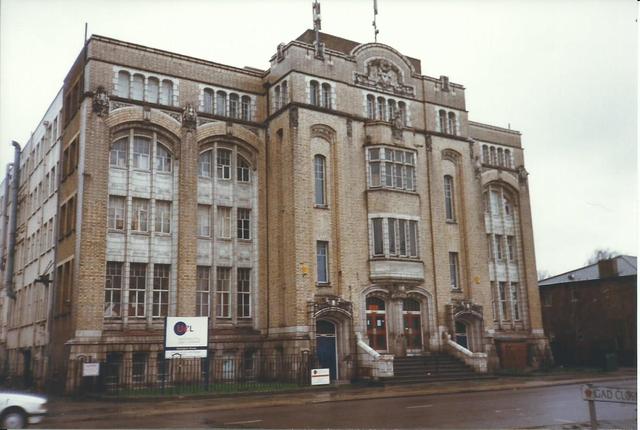 Located in Plaistow, east London, inside the 1919 built YMCA building designed by architect T. Brammall Daniel. It was located on the ground floor and first floor of the building, with public access from the street. Operating as a concert room and theatre, with seating in stalls and balcony levels, it opened as the Little Theatre on 3rd June 1921. Soon afterwards, while the nearby Greengate Cinema was closed for enlargement, the trustees of the YMCA opened this hall as the Red Triangle Cinema.

It remained open after the Greengate Cinema had re-opened. It closed in April 1931. It reverted back to its original use as the Red Triangle Theatre until around 1948.

The building became offices for an insurance company in 1956, and in 1976 began its last in use as a College of Art known as Greengate House. It was planned to be demolished in 2008, keeping only the Grade II Listed facade. 64 new homes would be built on the site.

I had no idea this was a cinema. I always knew it as being an art college…