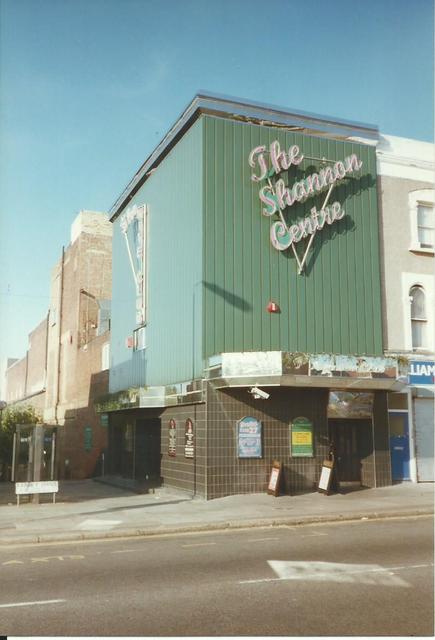 Located in the eastern part of today’s Greater London. The Seven Kings Cinema opened in 1914. It was re-named Astoria Cinema in around 1933. The proscenium was 33 feet wide, there were full stage facilities on its 22 feet deep stage and three dressing rooms. Films and variety shows were presented.

This was short lived and the State Cinema was closed on 28th May 1960 with Gary Merrill in "The Savage Eye" and Peter Sellers in "Orders Are Orders". It was converted into a Mecca Bingo Club for a while, then became a banqueting suite and function rooms, catering for the Irish community and known as the Shannon Centre. In 2008, it was known as The Nite Club. It was demolished in summer of 2019.