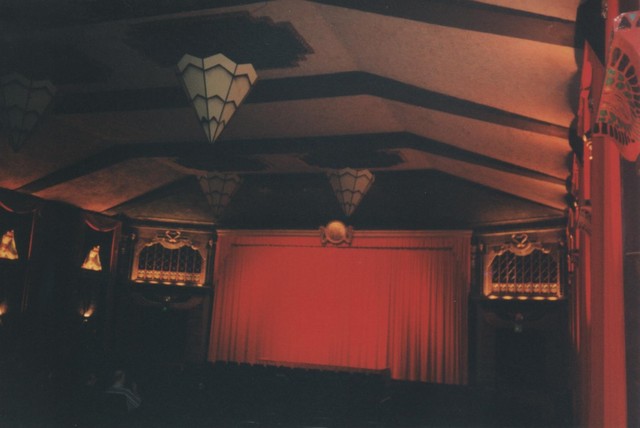 Lou Bard’s Hollywood Theatre opened on October 16, 1923 with Baby Peggy in “Tips” (attended by Baby Peggy ‘in person’) plus vaudeville acts on the 7ft deep stage. The seating capacity at opening was for 838. It was built for and operated by the L. Lou Bard theatre chain named Far West Theatres Inc. The main façade of the building is in a pretty Spanish Revival style, which was to have been the overall architectural theme of the entire building which was designed by noted theatre architect Lewis Arthur Smith. However, during its 1922 construction, King Tutankhamen’s Tomb was discovered in Egypt, setting a trend for Egyptian style architecture and from the entrance lobby through the auditorium that style dominates.

In 1980 it was taken over by Mike Thomas and became a revival house. It was refurbished by Landmark Theatres in the early-1980’s, and it was at this time that the Egyptian style paybox was installed on the sidewalk entrance and the theatre began playing mainly off-circuit movies. But this closed in June 1985 when Landmark didn’t renew their lease.

It remained closed for several years until in the early-1990’s it was beautifully restored and reopened for mainstream movies in around 1998.

Alongside its elegant Spanish style façade, the interior is the true stunner in an Egyptian style at this old single screen palace in the Los Feliz section of Los Angeles.

In the Independent Theatres listings of the Los Angeles Times for February 10, 1971, the Vista was showing a double feature of Cindy and Donna (IMDb) and Girly (IMDB).

Below link with a screen grab of the Vista Theatre in “Throw Momma From The Train”. 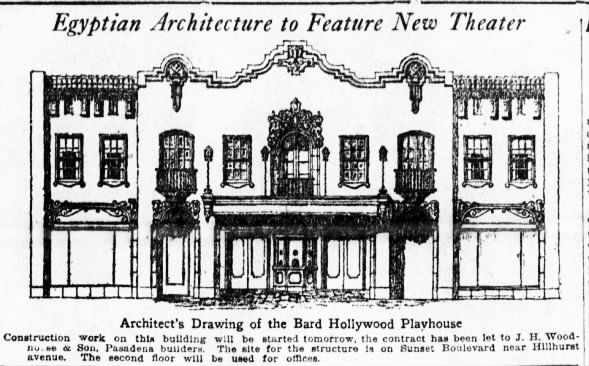 This theater was shown during a segment on the impact of Covid-19 on hollywood during the CBS Weekend News.

bigjoe55….Don’t know what month in 1980 you were there but this blog post for the Vista Theatre says that Mike Thomas (who ran several SF theatres) “rescued” it in 1980 and turned it into a revival house.

Normally I would put in a direct link but CT thought it was spam so you’ll have to cut and paste into your browser.