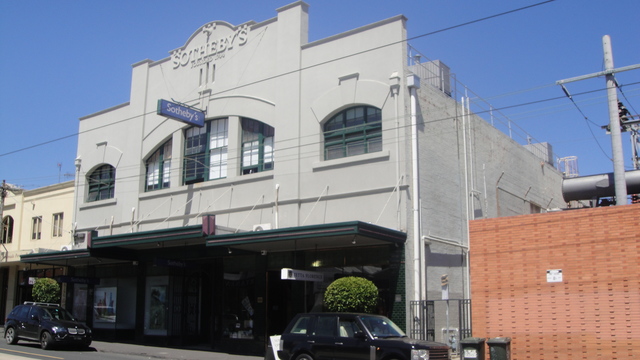 Located in Armadale, a suburb to the south-east of Melbourne city centre. The Armadale Theatre opened in August 1912. Seating was provided for 1,250 with 767 in the stalls and 483 in the gallery. The projection box was located at the rear of the stalls, under the gallery. It was operated by Associated Theatres Property Ltd. (soon to become Hoyts Theatres) from 1922 until 1936. It was closed as a cinema in late-1939. It reopened in 1940 as the New Armadale Theatre presenting vaudeville until around 1942.

It later became a toy factory, then used by a knitwear & clothing firm. It became a ski school with an indoor ski slope installed. By 2003 has been operated as a branch of Sotheby’s Auction House with a false floor added at the front of the gallery level, extending to the proscenium.