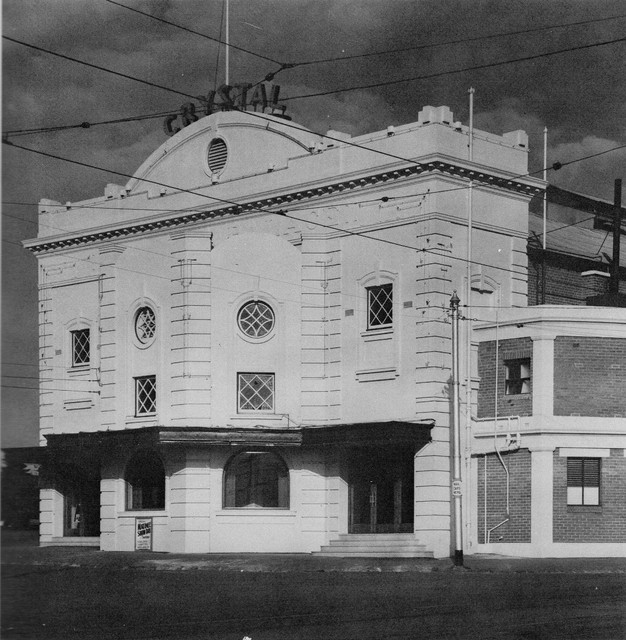 Located in the south Melbourne district of Caulfield North, at the corner of Dandenong Road & Railway Avenue. The Crystal Palace Theatre was opened on 23rd March 1921. It was later taken over by Hoyts Theatres and was remodelled in 1936 in an Art Deco style. By 1946 it was operated by Griffiths & West Property Ltd. It was remodelled in 1954 when the proscenium was widened to allow for CinemaScope. It was closed in 1959 and was converted into a discotheque. This closed fairly quickly, and the building was taken over by Downard Removals to be used as a storage facility.

In July 1982 the building was put up ‘For Sale’ and was sold in September 1982. It was later demolished and in the mid-2010’s a block of flats has been built on the site.