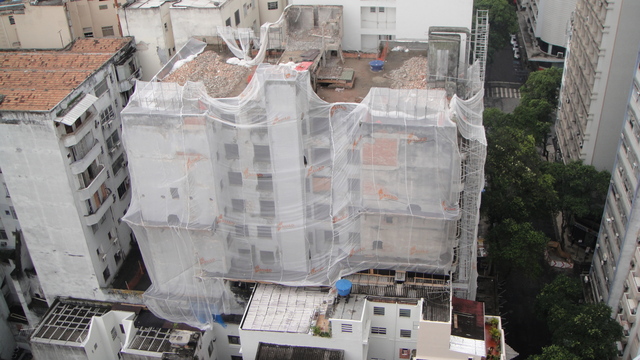 The Cine Vitoria is located in the Cinelandia district of Rio. It’s entrance is in the base of an Art Deco style apartment block. In 1965, the Cine Vitoria held the Rio premiere of a 35mm CinemaScope print of “Around the World In 80 Days”. It was the first cinema in Rio to be equipped with 70mm, opening with “My Fair Lady” in Super Panavision. This was followed by “Oliver”.

It was closed prior to October 1997. The building is protected by the city Mayor, but was taken over by homeless people. In November 2011, it was being converted into a library.