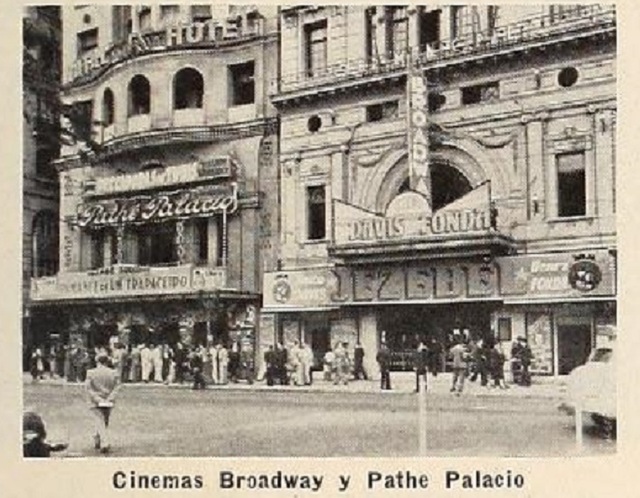 Located in the central Cinelandia district of Rio, near the Teatro Municipal The Cine Capitolio opened on 23rd April 1925 with Norma Talmadge in “The Voice from the Minaret”(A voz de minarete). It had 1,300 seats and was designed by architect Emilio Baumgart. In 1928, the Cine Pathe-Palacio was built next door.

In 1932, it was re-named Cine Teatro Broadway, and the seating capacity was reduced to 955 when the cinema was redesigned by architectural firm Gusmao, Dourado & Baldassini. In 1942, the name Cine Capitolio was re-instated.

It continued until at least 1960, but was later closed and demolished. Today a modern glass fronted building stands on the site.

The Cine Capitolio can be seen 2nd photograph down on this web page:
View link