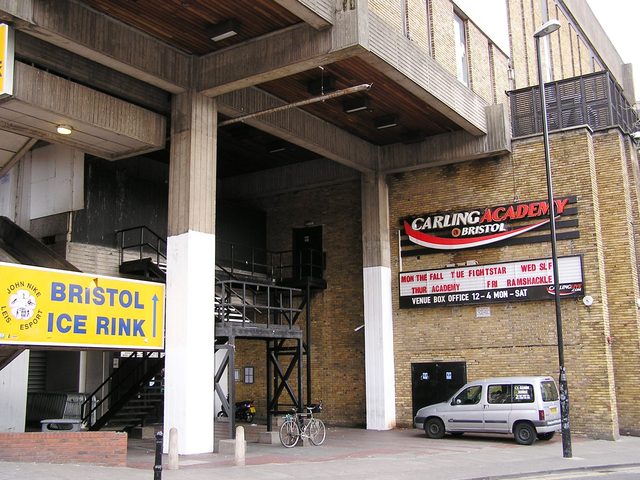 The ABC New Bristol Centre opened on 17th November 1966 with Omar Sharif in “Doctor Zhivago”. It was part of a large leisure complex operated by Mecca, which included an ice-rink, bingo club and dance hall nightclub and casino.

Built as a large single-screen cinema with the rear seating tiered above the projection box, equipped with DP70 projectors and a very large curved screen, it often featured 70mm road show presentations. Publicity in Pathe News described it as "The Cinema of Tomorrow-today".

Twinned in September 1980 by dividing the auditorium with a vertical wall created two smaller screens seating 411 and 301. It was re-named Cannon in around 1986. Later taken back by ABC, it was among twenty of their cinemas which were announced for closure in late-1997.

In Autumn 1999, it was announced the empty building would be converted into a live music venue, to open by December 1999. It was de-twinned, and first known as a nightclub named Rock, it later became the Bristol Academy, then the Carling Academy, and today it is known as the O2 Academy.