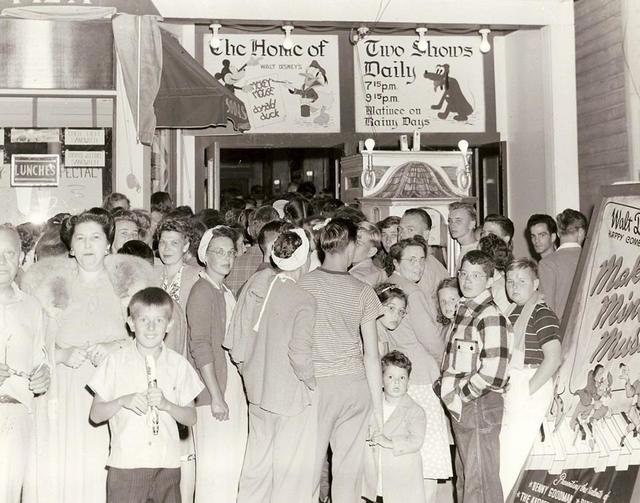 In early-August 1946, was operated by Morris Shulman of Uttica. It was the first Quonset Hut style movie theatre to open in the United States. It operated as a seasonal theatre.

After a period of closure, it has reopened as the Tamarack Cafe and Moviehouse, operating July & August. Playing second run movies at $3 for all ages. It was closed on Labor Day weekend, 2012.

Status should be changed to closed; the last films were shown on Labor Day weekend in 2012. The owners plan to demolish the theater and build an amusement arcade, miniature golf course, and a restaurant on the site.

According to this article about the closing, the theater actually opened in 1926 and operated as an open air theater for the summer of 1943 after a roof collapse in the winter of 1942-43.