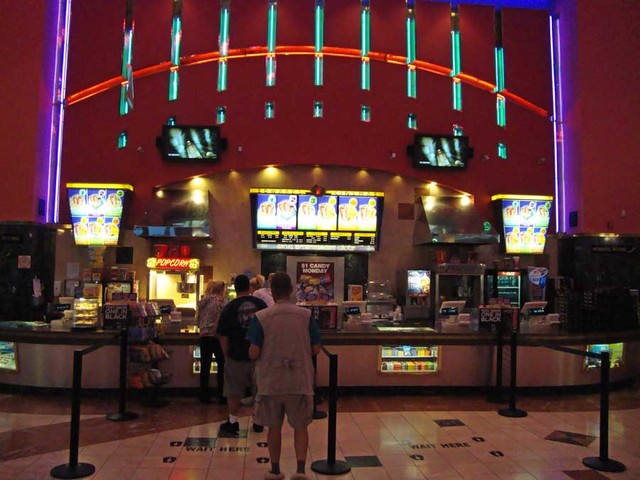 Located at Harbor Boulevard and Newport Boulevard. The Triangle Square Cinemas opened June 5, 1992 and is now operated by Starlight Cinemas

The Triangle Square is actually an 8 screen multiplex.

At one point, this was to be the site of a Gold Class Cinema.

The Triangle Square 8 opened in June of 1992, as Edwards' 34th theatre. As with the Triangle Square center, the theatre started off as an area “hot spot”, but fell out of favor within a few years. After major center tenants, like Niketown and Virgin Megastore, departed, the theatre (and surrounding shopping center) became a virtual ghost town.

During it’s heyday, the Triangle Square 8 featured a large cafe and expanded arcade; located in an angular shaped room, off the lobby’s southern side. After attendance fell, the area was converted in to a birthday party rental space.

Any photos and more info?

This strangely-worded article about the theater’s takeover by Starlight tries to suggest that there’s a “new” theater where the Edwards Triangle Square used to be: View link

According to an article in the August 1991 edition of Boxoffice, construction of this theatre was started by Cineplex Odeon Theatres.