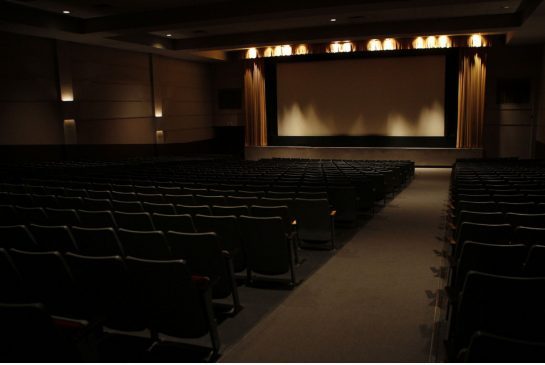 Located in an unassuming condo building at Queen Street W. and Spadina Avenue, the Toronto Underground Cinema was truly one of the city’s last undiscovered gems.

Opened in 1977 the theatre, known as the Golden Classics was one of many Chinese movie houses on the Spadina strip. Specializing in Kung-Fu film, specifically those from the Golden Harvest production studio. The Golden Classics ran from the late-1970’s to the early-1990’s until it was no longer able to keep its doors open. The theatre was revived briefly from 1994 to 1995 where it continued its legacy of Kung-Fu programming as well as Anime and other Hong Kong titles. Its rebirth was unfortunately short lived, lasting only nine months.

Languishing for nearly 15 years the theatre changed hands as well as names. Opened in May 2009 under the new moniker The Acacia Centre for the Performing Arts, the theatre broadened its horizons by hosting a number of festivals, including Images, showing films by the likes of Bjork and about Joy Division. However, the cinema wasn’t living up to its full potential until three friends got together with a vision.

Nigel Agnew and Alex Woodside, former managers and personalities from the Venerable Bloor Cinema teamed up with Charlie Lawton, a small town film-maker with a big heart and even bigger ambition. Approaching the owner with the dream of building from the seats up, a fully functioning ‘new’ repertory cinema and re-branding it the Toronto Underground Cinema. Specializing in genre classics, B movie greats, indie art house and the pick of the best current Hollywood flicks, the Underground looks to be the next stop for cinema the way it was meant to be, away from the glitz and glam of the multiplex.

Article on the theatre’s forthcoming closure in September: http://tinyurl.com/8e4sjn9

Article on the behind-the-scenes financial issues that brought about the theatre’s demise: