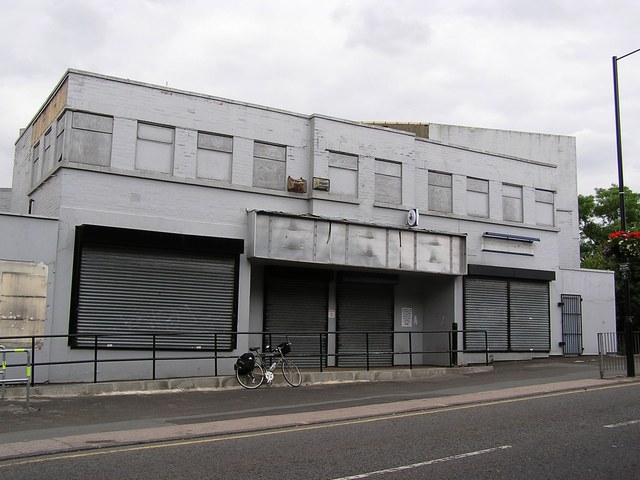 Located in the suburb of Newton Heath, northeast of Manchester city centre on the corner of Old Church Street and Dulverton Street. The Magnet Super Cinema was opened in December 1938, and it was located adjacent to the Pavilion Cinema, which had opened in June 1914.

The Magnet Super Cinema was a typical Art Deco style cinema of its period, with a striking exterior, containing a slender fin tower. Inside the auditorium, the screen curtains had a woven pattern picturing a scene of gondolas on a lake.

Always independently operated, the Magnet Cinema was closed on 30th June 1962 with James Cagney in "One, Two, Three" and "Incident in an Alley". It was converted into a supermarket and was later demolished. The site is now the roadway to the Lidl Supermarket car-park. The Lidl Supermarket was built on the site of the adjacent Pavilion Cinema, next to the canal.