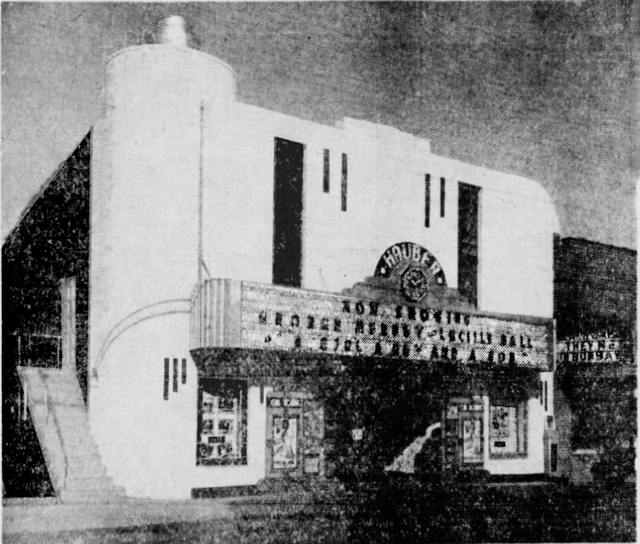 Located in the Pineville suburb of Alexandria. The Hauber Theatre was opened May 29, 1936, and was independently operated by O.C. Hauber. In 1941, he designed and built the larger Streamline Moderne style Hauber Annex Theatre next door.

The original Hauber Theatre by O.C. Hauber definitely closed November 17, 1946 after a ten-year run at 635 Main Street (barely seen at the far right of the shot in photos). Upon closing, the building was sold to Bill Moody and F.L. “Webb” Webster. They opened Webb & Bill’s Auto and Electric Store following a remodeling on March 7, 1947. The Hauber Annex changed to the Hauber Theatre on November 18, 1946 next door at 637 Main Street.