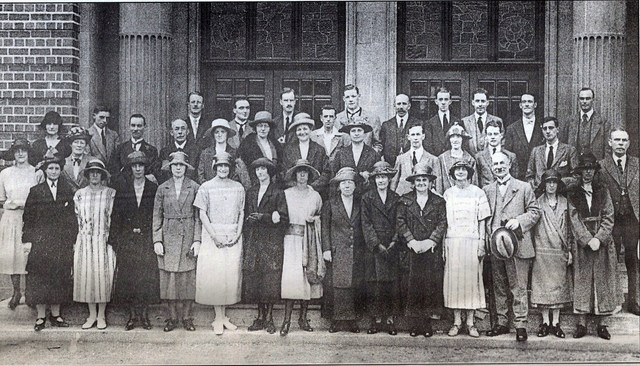 Located in the north Birmingham district of Lozells, at the corner of Lozells Road and Malthouse Gardens. It built in 1922 on the site of the former 400-seat Lozells Picture House (which has its own page on Cinema Treasures). Designed by architect architect Horace G. Bradley, it opened on 23rd December 1922 as the Lozells Picture Theatre with a special opening programme. It was officially opened to the public on 26th December 1922 with Conrad Nagel in "Saturday Night" and Gerald McCarthy in "Married Life".

Seating was provided in stalls and circle levels, and cinema had a cafe. In 1926, a Wulitzer 2Manual/6Rank Style B organ was installed and opened by organist Ernest Newman. In 1927, it became the first provincial cinema organ to be broadcast on BBC radio, with Paul Rimmer playing. A later resident organist was Edwin Godbold.

On 28th July 1943, the Lozells Picture Theatre was completely destroyed by German bombs, killing the manager, who was fire-watching on the roof. The film playing was Clarke Gable in "Honky Tonk"

Today (in 2010) Russell’s Supermarket and other shops now stand on the site.

A vintage photograph of the original Aston Picture Palace, and the Wurlitzer organ console installed in the Lozells Picture House:
http://www.ukwurlitzer.co.cc/1530.html