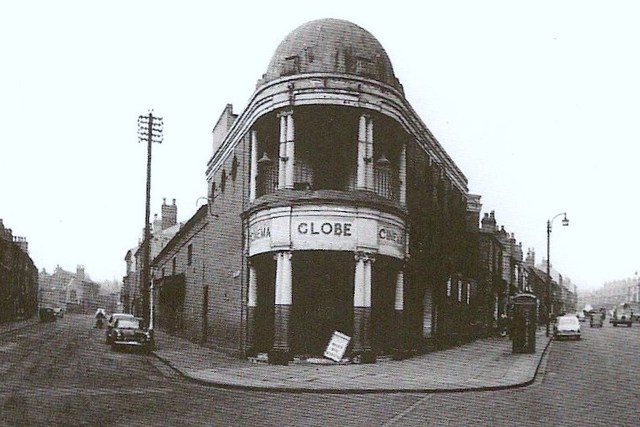 Located in the Birmingham inner-city district of Aston, just to the north of the city centre. It had a good position on a corner with Aston High Street and New Street, opposite the Barton Arms pub, and almost opposite the Aston Hippodrome Theatre. The Globe Electric Palace opened on 4th August 1913 with “The Heritage”. It was built, owned and operated by ‘The Lyons Estate’.

It was closed in September 1955, and was demolished.

When travelling past it as a youth on the 118 bus, it reminded me of the cinema in the Peter Sellers film “The Smallest Show on Earth”. The cinema was triangular in shape with a small circle in the narrow end facing the wider end. There were I think two others of this odd layout in Birmingham.

This Cinema was owned by “The Lyons Estate”