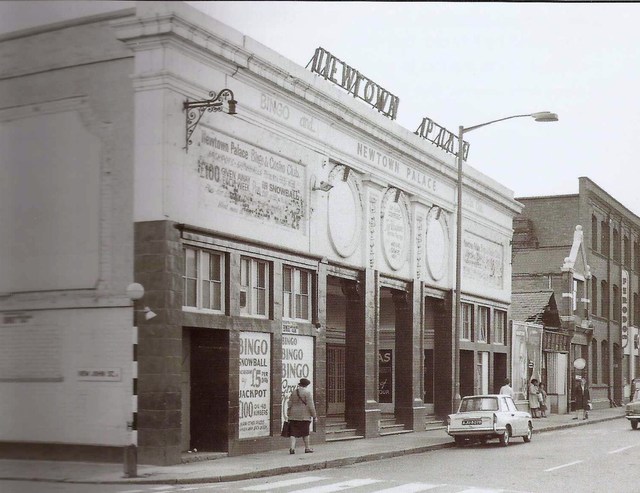 The Newtown Palace Theatre was opened on 5th January 1914. It was built for and operated by the Moss Empires Ltd. chain of variety theatres and from the start operated as a cine-variety theatre. It had a full size stage and seven dressing rooms.

By 1937, it had been taken over by an independent operator, still presenting pictures and variety. In later years, the top portion of the facade was removed. The Newtown Palace Cinema was closed on 22nd April 1961 with Boris Karloff in "The Giant Claw". It became a bingo club, last operated by Ladbrokes. This closed in 1983, and the building remained empty and unused until the early-1990’s, when it was acquired for demolition to enable a road widening scheme.