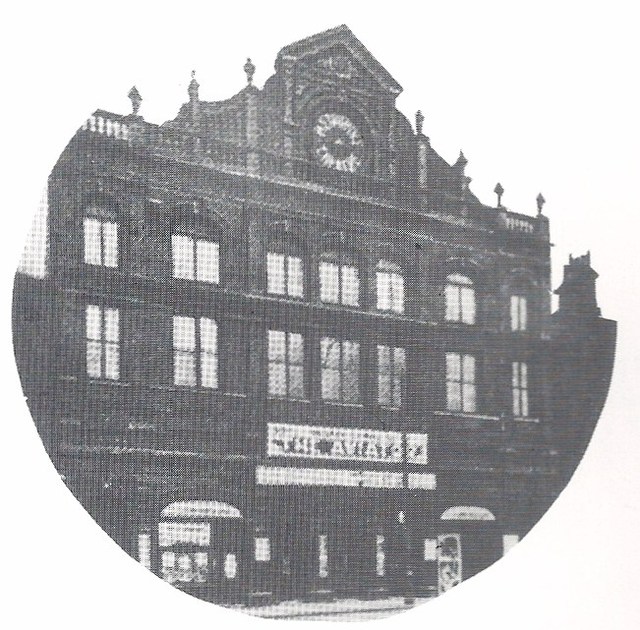 Located on Snow Hill in the centre of Birmingham. The New Star Theatre of Varieties was opened on 23rd November 1883 and was designed by architect W.J. Ballard. It was altered internally and extended to the plans of architect Oliver Essex, re-opening on 26th December 1886, it was re-named Queen’s Theatre and Opera House. The re-opening production was “The Bohemian Girl”.

In the early-1900’s, it came under the direction of Walter Melville and was re-named Metropole Theatre. It specialised in melodrama’s. Seating was provided for 1,580, with 530 in the orchestra stalls, 350 in the grand circle and 700 in the gallery.

It became a cinema from 1911, operated by Joseph Levy. In January 1929, it was taken over by Associated British Cinemas(ABC). It was leased to their Regent circuit from May 1933 until 1935. It was taken over by an independent operator from 11th July 1938.

Taken over by the Clifton Cinemas chain in August 1939, the Metropole Cinema was closed by extensive damage caused by German bombs which hit the theatre twice in 1941.

The building was demolished in 1952, and in 1953 a hotel was built on the site, designed in an Art Deco style by noted cinema architect Harry Weedon & Partners. This became a YMCA, and later a homeless hostel. It is known today as ‘The Snow Hill’ .