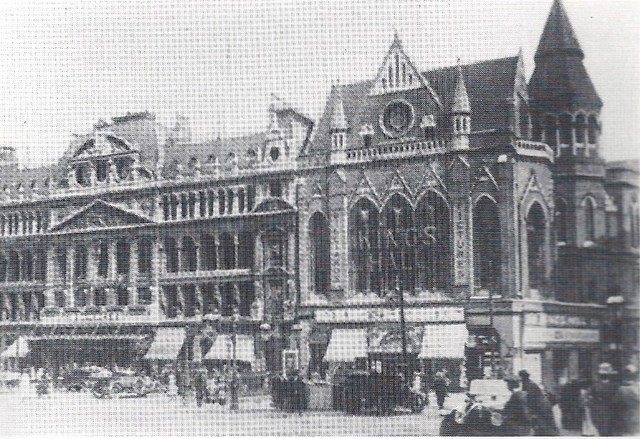 Located in Birmingham city centre at Old Square on Corporation Street, adjacent to the Grand Theatre. The Kings Hall was built in 1897 as the headquarters of a non-conformist church and also contained an assembly hall. It was designed in a Gothic style.

It opened in 1907 as Kennedy’s Bioscope and Variety Cinema, a vaudeville theatre, with films being part of the programme projected by the Ediscope and screened Barnum’s Electric Pictures. Seating was provided in orchestra stalls, circle and side boxes. It was operated by J.P. Moore and B. Kennedy. The building also contained a billiards hall.

It became a full time cinema in 1911, and in 1912 was re-named Royal Cinema De Luxe. A change of management in December 1914 brought another change of name; Corporation Street Picture House.

It was demolished in 1963, at the same time as the adjacent Grand Theatre.