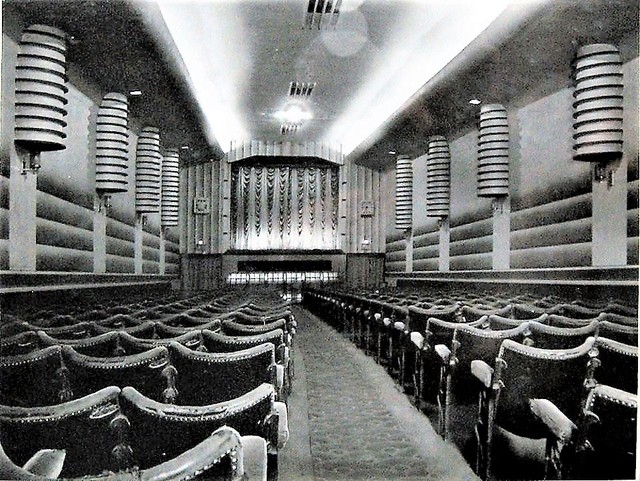 Located in the city centre on High Street at Dale End between New Meeting Street & Carrs Lane. The Cinematograph Theatre was opened 29th July 1910 and was operated by London & Provincial Theatres Ltd. until 1914. Designed by architectural firm Ward & Ball, it had an attractive Neo-Classical façade. Possibly closed during World War I, it was re-opened as the Imperial Playhouse in 1918. In 1923 it was re-named Oxford Cinema.

In 1932 it was sponsored by British Movietone News and re-named News Theatre, being the second newsreel theatre to open in the UK (the first was the Shaftesbury Pavilion Cinema, Shaftesbury Avenue in London). The News Theatre opened 18th January 1932 and was equipped with a British Talking Pictures(BTP) sound system. It was under the control of Joseph Cohen, who was soon to create the Jacey Cinemas chain, which operated the News Theatre for the remainder of its life. In 1937 the News Theatre was given a modern Art Deco style façade.

It was closed on 19th March 1960 and went into other uses before eventually being demolished.

I spent many a happy Saturday morning in this cinema during my childhood!