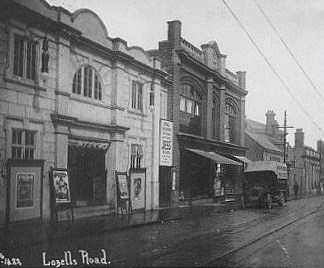 Located in the north Birmingham district of Lozells. The Aston Picture Palace was opened in 1911. It was designed by architectural firm Hipkiss & Stephens.

Later re-named Lozells Picture House, it was closed and demolished in 1922 when the much larger Lozells Picture Theatre (which has its own page on Cinema Treasures) was built on the site.