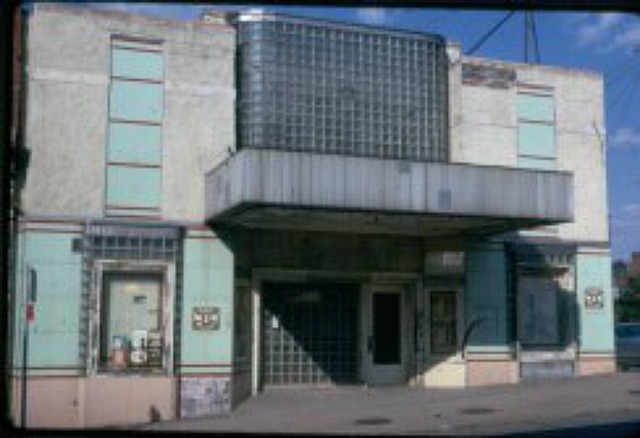 Located on N. 3rd Street and Francis Street. The Charwood Theatre was opened on April 18, 1928 with “Say It with Flowers”. It originally opened with 185 seats. It was renamed Louis Theatre in 1939. It was enlarged and remodelled, reopening on June 26, 1942 with Wayne Morris in “The Smiling Ghost” & William ‘Hopalong Cassidy’ Boyd in “Wide Open Town” and was re-named JO Theatre. Admission in the 1950’s was 25 cents for adults, kids a dime. It was closed on February 12, 1955.

Could use an exact address, more info and photos.

There is now a picture of this Theater at sjml.net46.net/jo2.jpg

forgot to mention if you have ATT as internet provider you probably wont be able to bring it up.

i was told if you have at+t as your internet provider they cant get even i have at+t i have to go to local library to get on this site.

St. Joseph Memory Lane gives the address of the Jo Theatre as 124 N. 3rd Street. It also says that the house had been known as the Charwood Theatre and the Louis Theatre. It reopened as the Jo Theatre on June 26, 1942, and its last day of operation was Saturday, February 12, 1955.

I’ve found a single mention of the Charwood Theatre in the trade publications. The Film Daily of May 25, 1933, said that the Charwood Theatre had been transferred from Mrs. Charles T. Phelps to McKinney & McManus. Memory Lane says it was called the Louis Theatre from 1939-1941.

The streamline modern front on the Jo Theatre dated from 1947. The August 8 issue of The Film Daily noted the project in their “About the Trade” column:

“The contract for the in- stallation of a modern theater front for the Jo Theater, St. Joseph, Mo., recently was awarded to the Glaze Construction Co., St. Joseph, by the owners… . William R. Scott manages the theater… .”

The Charwood Theatre opened under operation by Mr. and Mrs. Charles T. Phelps on April 18, 1928 with “Say it With Flowers.” An opening address by the city’s mayor, Louis V. Stigall, was followed by a violin solo from Mrs. Paney Phelps Collins. The African American theater also had a tea room in the balcony for daily tea service. The very complete article about the theater said the capacity at opening was 500 (not 185).