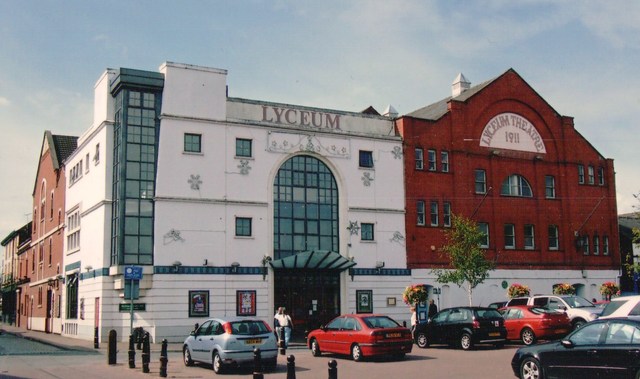 The Lyceum Theatre was built in 1889 to the plans of architect Alfred Darbyshire and had 1,250 seats. At the turn of the Twentieth Century, it had been re-named Opera House. Soon it was screening short films as part of the programme, which by 1905, focused on variety programmes. On 10th March 1910, after a performance of a Pantomime, the interior of the theatre was totally destroyed by a fire.

The theatre was rebuilt to the plans of architect Albert Winstanley, and opened as the New Theatre Crewe on 4th September 1911 with a production of the play "All For Her" starring Edward Compton. Seating was provided in pit and orchestra level, with a dress circle, above which is a gallery which originally could seat between 600 & 700 on long wooden benches. There are two boxes on each side of the 29ft wide proscenium, one at dress cicle level and another at gallery level. The stage is 32ft deep. In March 1913 it presented the film "Quo Vadis" for a week’s run screening three times a day. In November 1913, Kinemacolour films were being screened, ‘direct from London’s Scala Theatre’.

From 1920, it has gone through many owners and has been in use as a live theatre. It retained the name New Theatre Crewe until the 1960’s when it was re-named Crewe Theatre. It was equipped to screen films again in early-1984, but this was a short lived venture, and live theatre use resumed. It was refurbished in 1994 and a new wing was built to the left of the theatre building, which contains a new larger foyer, a restaurant & kitchens. The old gallery benches were replaced with tip-up seats. It was re-named Lyceum Theatre which continues today.

The Lyceum Theatre is a Grade II Listed building.

Photographs of the Lyceum here:–