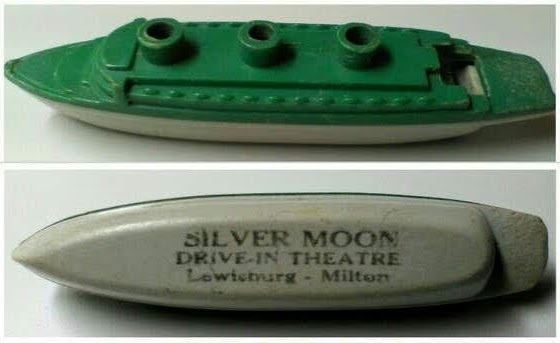 The Silver Moon Drive-In was located in West Milton, PA. on Route 15 between Lewisburg and West Milton. It was opened on May 31, 1952 with Jane Russell in “The Outlaw”. It was operated by Frank Lewis & Frank W. Royer.

Movie set for November 22, 1963 was "Susan Slade" and "Rio Bravo". Since President Kennedy was assassinated that day I wonder if they ran the movie? Most theatres in my town closed, certainly all the Drive-ins. A Vets Foreign War drive-in was listed in Milton,Pa. in the 1950’s, wonder if they are the same? 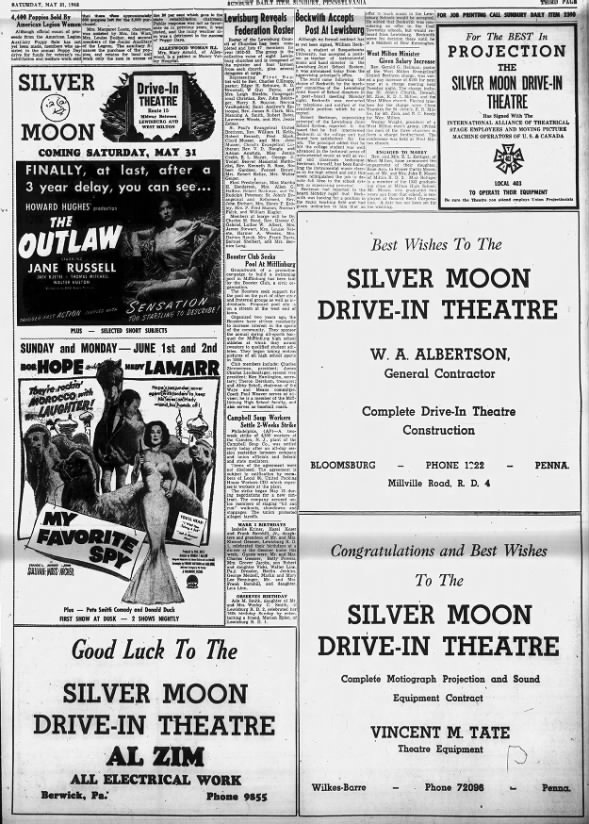