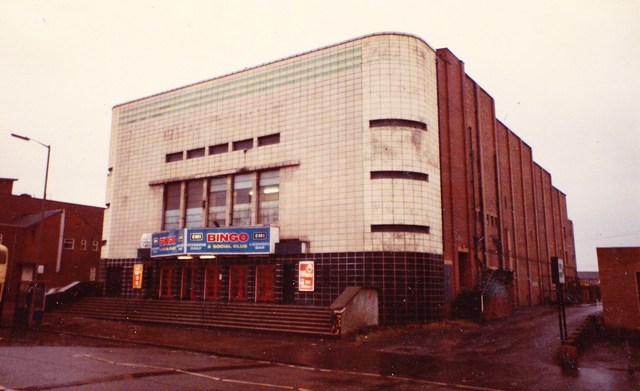 Located on High Street at Carters Green, opposite the clock tower. The Tower Cinema was built for the independent West Bromwich Cinemas Ltd. It was designed by architect John Cecil Clavering, working out of the Harry Weedon Partnership, who were responsible for the designs of many Odeon Theatres. The Tower Cinema had the ‘Odeon’ look, although it was never associated with that chain. The exterior of the building was clad in cream faience tiles. Seating was provided for 1,172 in the stalls and 750 in the circle.

The Tower Cinema was opened on 9th December 1935 with Robert Donat in "The 39 Steps" and West Bromwich born actress Madelaine Carroll who also starred in the film, was at the opening ceremony ‘in person’. The cinema was equipped with a Compton 3Manual/10Ranks organ, which had an illuminated console on a lift, and was opened by organist Leslie Taff, who had come from the Gaumont Palace, Birmingham.

The Tower Cinema was taken over by the Associated British Cinemas(ABC) chain on 22nd October 1936. It was re-named ABC on 3rd July 1961. The Compton organ was last played on 14th November 1965, when organists Leslie Taff, Mel Edwards & Trevor Bolshaw closed the instrument. It was removed from the building and was installed in Marston Green Hospital.

The ABC was closed on 28th December 1968 with Peter Ustinov in "Hot Millions". From 18th January 1969 it was converted into an ABC/EMI Bingo Club. This was closed in the late-1970’s, and the building became derelict for many years until it was demolished in the mid-1990’s. A Duran Drive-Through Pharmacy was built on the site.

The Tower Cinema, photographed in its opening week December 1935:
View link
As an ABC/EMI Bingo Club, on a snowy day in April 1969:
View link

What a beauty, in and out too!

I did Management Reliefs from March 1968 till it closed as a cinema. Last Manager was Ray Adams