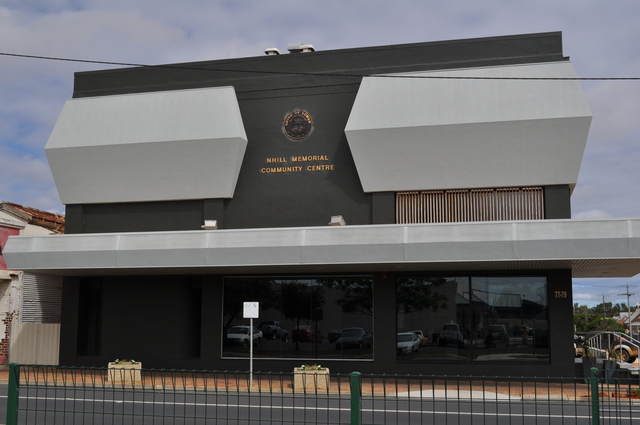 The New Theatre Royal was built in the 1920’s as a replacement to the original Theatre Royal, which still stands adjacent to it. It was still operating as a cinema in 1957, known as the Royal Theatre.

Today operating as the Nhill Memorial Community Centre, the original facade has been covered over, giving a modern look to the building.