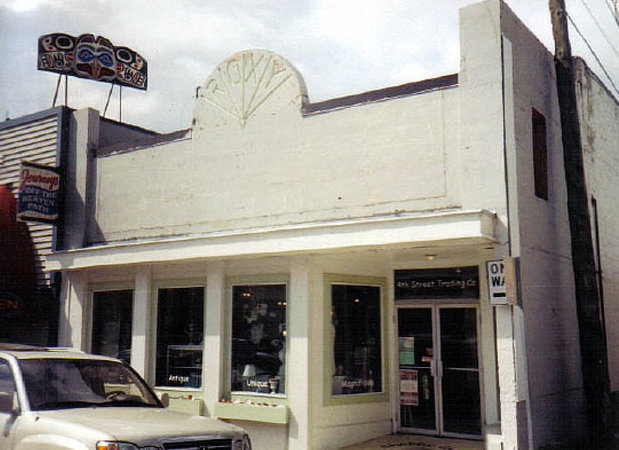 A May 10, 1953 Spokane Spokesman-Review article told of the sale of the Roxy Theatre by Oscar F. Paisley, who had built the theatre in 1939. He was retiring from the movie business and selling it to the W.A. Simons Amusement Company of Missoula Montana, a chain of 18 theaters in Montana and Idaho.

The Twin Falls Times-News ran a story on January 14, 1959 saying that a fire had swept through the old Roxy Theatre building, burning out two apartments. No one was hurt and there was no immediate estimate of the damages. The article said that it converted to a hardware store and apartments in about 1954. Lucille Ball’s “The Long, Long Trailer” was said to be the last film to play at the Roxy Theatre.

A 1991 Spokane Spokesman-Review commentary mentioned that the building itself was built 80 years ago, and described the current state of the old Ace hardware building as ‘insipid’. The author of the story said he still had hope that this description would soon be changed as the building was being converted to a mini-mall. The $250,000 renovation would include the addition of windows and skylights. Since 2006 it has been home to Wiggetts Marketplace.

ROXY can still be seen in the top of the building.