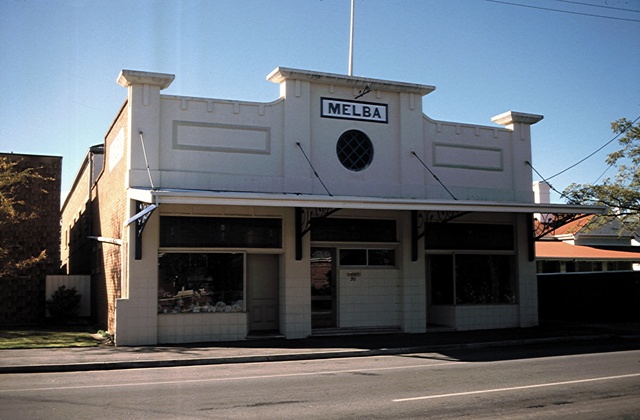 Located in the inner-east Adelaide suburb of Dulwich. The Melba Theatre was opened on 9th June 1923 with Thomas Meighan in "Back Home and Broke" and Constance Binnway in "The Case of Becky". All seating was located on a single level.

It was converted into a wholesale warehouse, and in 2011 it is operating as an antique shop, which retains all its cinematic decorations, including a stencil painted ceiling.