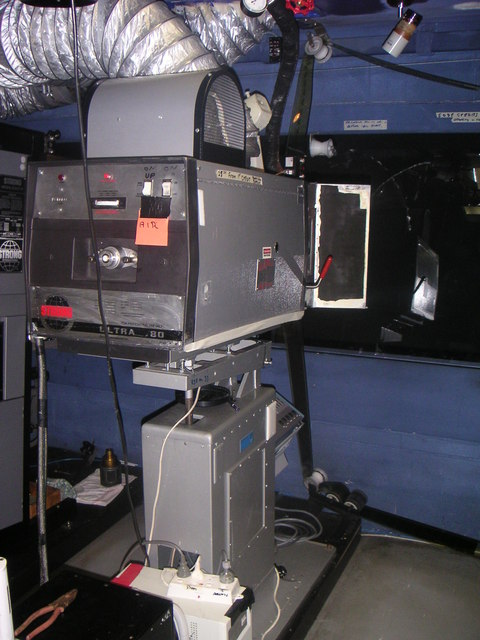 Located on the ‘other side’ of the railway tracks from the main downtown district. The 360-seat Edge Maxvision cinema opened on 26th December 1995 with “The Edge - The Movie”. The ‘Official’ opening was on Austalia Day - 26th January 2006. The cinema was built to show this exclusive 40 minute documentary about the Blue Mountains, in what they called “Maxvision”. iWERKS Maxvision shows a large format film on a six-storey, 18m high, 24m wide screen.

Since 1996, the cinema has opened three extra normal sized screens, each with around 120 seats, and showing feature films. Feature films are also screen each evening on the huge original auditorium screen, after the tourists have departed from seeing “The Edge - The Movie”. By 2015 it was operated by the United Cinemas chain.