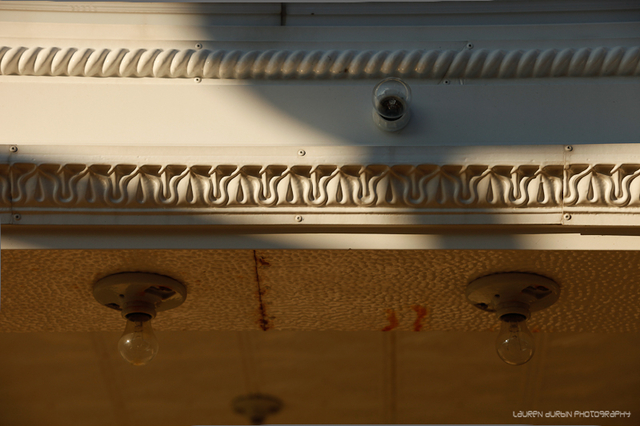 I know this might make me sound old,But as a boy I worked for John Tackett on his ranch out South east of Coffeyville,We became very good friends and he would take me to his house a lot where we would eat,visit,and he had pleanty of stories he could tell about the Daltons Etc.Of course I had it made going to the old Tackett theater,Then later on I got to knoe Mr.Tal and his family when they started running the Midland and Tals Drive After a couple years in the Army in Germany I came back and married a wonderfull girl from Caney,We spent 25 years in Nashville working with the music people Now we spend most of our time in South Fl.when not in Tn.Mr Tackett died March 31st.1956 and I sure wish I had a copy of what the Journal printed about him at that time,If someone would e-mail me a copy I would shore be thankfull.Old Coffeyville Buddy
Charles L.Alexander

Here is a pdf file of the National Register of Historic Places nomination form for the Midland Theater. It contains a detailed description of the theater and a few small black and white photos. There’s also additional information about John Tackett and Coffeyville.

Among pertinent bits from the form: The house came under Fox Theatres management less than a year after it opened, and that’s when the name was changed; Fox continued to operate the Midland until 1960; in 1960 the theater was sold to Talmadge (“Tal”) and Pearl Richardson; “Tal” Richardson died in 1976, and Pearl continued to run the Midland until her death in 1998; the city of Coffeyville purchased the building after Pearl Richardson died.

During the Fox era, the organ (the form says it was a “Wicks nine-manual” but they must have meant nine rank) was sold, the orchestra pit filled with concrete, the box seats were removed and total seating capacity reduced (it originally had 1200 seats), and the chandeliers were removed. A concession stand was also added. The building originally contained a 25'x50' ballroom on the second floor front, with access via doors to the theatre’s mezzanine lobby. The ballroom was divided into office space during the Fox period.

Hey Chuck. I see this is another one of many that you had photos of.
Did you loose all your files ( I certainly hope not!)

Here is another photo:
http://tinyurl.com/ylfofwr

OWLHEN,you should have grabed those Steve Mcqueen lobby cards Bet they are in the city dump today. Gotta save history.

Here’s a photo from this summer — with the new real or faux? marbled stained glass windows:
http://www.agilitynut.com/10/9/cofmid.jpg

There are mailers/schedules from this theater on sale on Ebay today – 3/6/2012.

Tal’s Midland Theatre should be added as a previous name

I’ve found photos and reference to a Rex Theatre in Coffeyville. African-American chain theatre built in 1939 that is still standing, I’ll set up a page when I narrow down an address. If anyone knows it please post here.