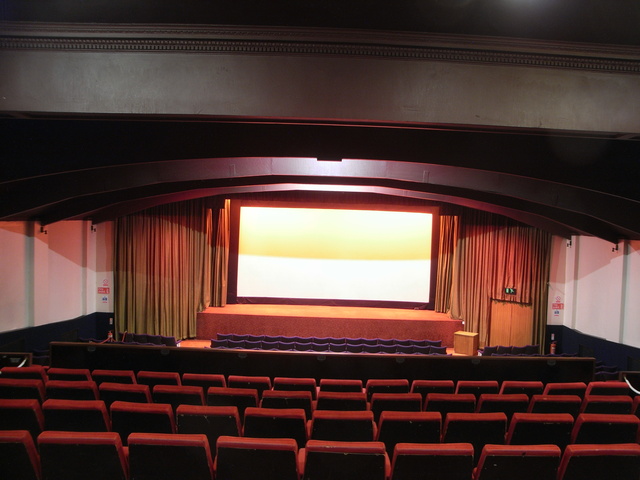 The Headingley Picture House has been showing films since opening on 29th July 1912, making it a contender for the UK’s longest serving cinema, 108 years of entertaining audiences as of 2020.

The building however has been around for even longer, it began life as a stable in 1835, later becoming a garage before conversion into a cinema.

A balcony was added in 1937 giving the cinema a seating capacity of 600. It retained its original name until after World War II, when by 1946 it was known as the Picture House. Around 1955/1956 it was re-named Cottage Road Cinema.

The building is now a very comfortable and smart stadium style cinema, following a major refurbishment in 1972 when the rake of the front stalls was increased to raise the level up to the front balcony, seating around 468.

The barrel vaulted ceiling survives and a gratifyingly large screen and good sound (Dolby SR) will hopefully ensure this cinema survives well into the future.

Following the sudden closure of the Lounge Cinema early in 2005, the future of the Cottage Road was plunged into doubt. Unless a buyer can be found the cinema will cease trading on 28 July 2005 – a suitable alternative use for this very old cinema is hard to imagine.

can anyone tell me is the Cottage cinema still for sale? Is a let possible.?
jon

The Cottage Road Cinema (which first opened in July 1912) has been taken over by a new operator Mr Morris who operates cinemas in Lancaster and Skipton and other places. It continues to screen films.

Excellent news! If anyone can make this cinema survive then Northern Morris can!

It was reported in the Yorkshire Evening Post that the Cottage Road Cinema is once again a profitable venue and its future is more assured under the control of Northern Morris Cinemas. The bar has recently reopened.

More photos of the Cottage Road Cinema taken during a visit by the Cinema Theatre Association to view the cinema on 7th June 2010:–

A scan of the “modernised”, and since restored to original, entrance to the Cottage Road Cinema, taken in 1988:–