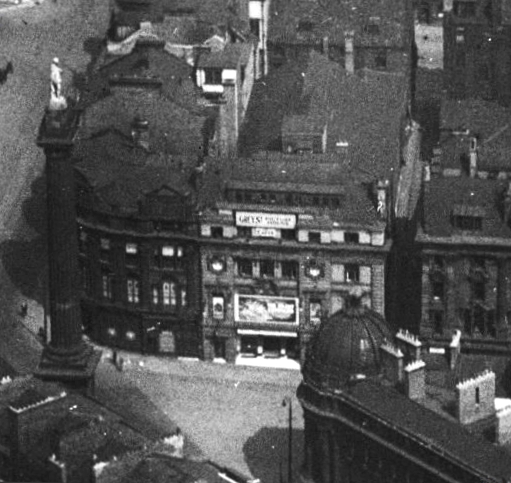 Originally operating as the Victoria Music Hall & billiard saloon, located in the centre of Newcastle upon Tyne. It was purchased by the Provincial Cinematograph Theatres(PCT) chain and converted into the Newcastle Picture House, which opened on 6th May 1914. Architects for the conversion were the architectural firm White & Stephenson.

The Grey Street Picture House was one of the last major cinemas in the city to convert to ‘talkies’, in July 1930. It was closed on 14th May 1932. Reasons given by Gaumont were the Depression, increased entertainment tax and opposition from the 2,600 seat Paramount Theatre only a few yards away, which had opened in 1931.

The building was converted into retail use. By 2011, it had become a branch of HSBC Bank.