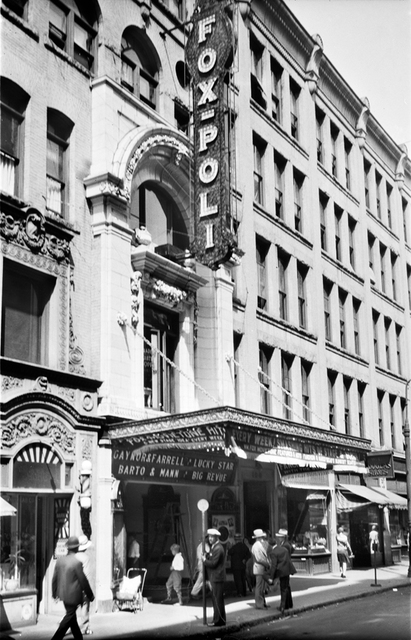 Loew’s Poli Theatre was Springfield’s premiere first run showcase for MGM films from the mid-1920’s until the mid-1960’s. It also had full stage capabilities and a "Grand Organ."

In the mid-1960’s the theater was leased to C. & F. Theatres and remained in operation for only a few more years, closing around 1967.

E.M. Loew was a prominent operator of movie theaters, mostly in New England, starting in the 1930s. He was headquartered in Boston MA. He is not to be confused with Marcus Loew, who was older, and who operated a large theater circuit, headquartered in New York, which operated this theater in Springfield.

Thanks for the info Ron. I know who Marcus Loews was I worked for Loews Theaters in Nashville ,Tennessee from 1973 to 1980. I was just wondering if they were related somehow. I knew Marcus died in 1927.Check out C.T.s site of the Loews Crescent Loews Madsion and Loews Melrose if you have not seen them.I work at all of them ay some time.

tisloews- No, E.M. and Marcus were not related to one another.

From the 1920s a postcard view of Poli’s Theatre in Springfield.

If anyone receives Reminisce magazine, in the April/May issue on page 24 there is an article that shows the main street in Springfield MA circa 1962. I can’t tell if there is a theatre at the end of main street. And if there is what is or what was the name as the town had many theatres according to CT….most were demolished, but a few do remain. It’s a shame that the community lost this Thomas Lamb beauty!

The Poli Palace is listed in the 1927 Film Daily Yearbook as having 2500 seats and open daily.

This opened on December 22nd, 1913. An grand opening ad has been posted.

Click here for an exterior view of the Fox-Poli Theatre in 1929.