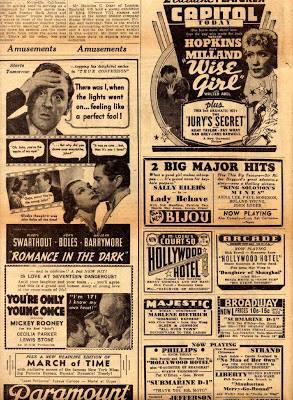 Originally opened as the Gilmore Opera House in 1857. The Capitol Theatre was opened April 18, 1920. It was Springfield’s premiere first run showcase for Warner Bros. and films featuring such stars as Humphrey Bogart, James Cagney, Edward G. Robinson and Bette Davis.

The Capitol Theatre fell victim to Springfield’s 1960’s-era urban renewal and closed in 1968. It was demolished in 1972.

I was the promoter who last had possession of the Capitol. Besides the bands mentioned, we also had such names as Alice Cooper, Rod Stewart, Eric Burdon and War, J. Giels Band, and many others.

While out of use, the old “air-conditioning” was still in place in the 60s. This consisted of holes beneath each seat which led up from large ice rooms in the basement. Huge squirrel cage fans blew air over the ice and up into the theatre.

Although a movie theatre for many years (I spent many a hot summer day in the Capitol as a kid watching movies again and again), when I took possession in 1970, many of the stage rooms still contained memorobelia from the days of its use as a burlesque house.

Perhaps Mr. Hall could satisfy my curiosity about the Capitol’s backstage. The stage portion had limited debth with exits on either side. Were the stage rooms located in the basement? I recall a track curtain with limited use prior to the big screen era. Then, as previously mentioned, a vertical curtain was installed because the newer screen had to be placed over the narrow prosenium in order to clear the exits.

The rooms on either side of the stage were very small, the left side first floor room contained the electronics for stage lighting. There were three levels of rooms on the left side of the stage, but these rooms were very small and accessable only via a metal ladder. There were a couple of very small windows in each of these rooms. They appeared to me to be too small to be dressing rooms.

When we were setting this up for concerts, we got a set of plans from the city. These plans showed a space existing beneath the stage, but we couldn’t locate an access until we were cleaning the lighting room and discovered a trap door and a metal ladder leading down to the space. This area only had 5 ft. headroom, I don’t know if it had ever been used as dressing rooms, might have been possible if an earlier stage had been higher. We did furnish and decorate it and use it as a holding area for some of the bands who thought it was really cool to be “smuggled” down a ladder through a trapdoor into a secret room beneath the stage. Our other alternative for a dressing room was a large room that was under the first tier of the balcony and was accessed from the stairway going from the lobby to the balcony. This room was quite spacious and nicely decorated when we took possesion, but I have no idea of its original purpose.

Al, your name sounds very familiar to me, I think our paths may have crossed before.

In the 1942-43 Motion Picture Almanac, the Capitol in Springfield is listed as part of the Warner Brothers theatre circuit.

The Capitol in Springfield is listed in the 1927 Film Daily Yearbook as having 1800 seats and open daily.

Rick Hall! Amazing..it’s Kevin,yes that old 1-legged hippie. Please write me an email and we can talk about those special Capitol Theater days. It’s

Kevin and Rick .. I crashed in the Projection booth for awhile and sold tickets at the Capitol when Dusty Rose and Rick had it and remember when Eric Burden played and the crowd was blocking the street .. Alice Cooper blowing feathers everywhere .. A couple of my paintings were on display in the staircases .. One of the best memories of my life .. some of the best people I have ever known .. and GREAT music ..